Do you find our website to be helpful?
Yes   No

A Canary in the Coal Mine

Wagner Macula & Retina Center Blog A Canary in the Coal Mine

Whether it was in England in the 1600s mining for coal, or some Stardate in the far far future, the canary signals whether or not the atmosphere is safe for the people around it. The eye, and it's fragile vasculature, plays the same role for the major organs of the body.

The eye, in particular the retina, is a leading indicator regarding risk factors for major organ system compromise, morbidity, and mortality. It is apropos that with this edition’s focus on pulmonary disease that we once again highlight the importance of recognizing and successfully intervening with Obstructive Sleep Apnea (OSA).

Just as the canary needs a certain amount of oxygen to survive, the same is true of the retinal vasculature. If you also take into account the additional challenges placed by a diabetic patient’s activated immune system with the retinal endothelium and it's pericytes being immune targets, the already disadvantaged retinal stroma is precariously close to the ischemic threshold bringing about the complications what we know so well–macular edema, progressive capillary non-perfusion, neovascularization, vitreous cavity hemorrhage, tractional retinal detachment, and blindness.  When OSA drops the dissolved serum oxygen concentration as low as one would find if you were climbing to the top of a mountain without oxygen for several hours a night, the complications present themselves and multiply quickly.

Sleep apnea and its role with causing accelerated vascular disease within the eye came from the Eastern Virginia Medical School's Department of Ophthalmology 30 years ago. Since then, our understanding has increased dramatically relating both pulmonary function compromise and immunology to the eye.  We now know that untreated OSA dramatically increases a patient's risk for complications raging from both venous and arterial occlusion, to macro vascular disease with its associated embolic phenomena.

In our own practice, we generate dozens of referrals for sleep testing a month. Our initial breakthrough was not only the increasing understanding from the academic literature, but also Dr. Wagner's role as an FAA Flight Surgeon. Of the five days that Dr. Wagner was in Oklahoma City at the Mike Monroney Aeronautical Center for Aviation Medicine, more than 20% of that time was directed towards understanding the pathology, physiology, and resultant treatments for OSA.

We encourage all of our colleagues to become most familiar with the recommended screening parameters for all of our patients and to make the quality-of-life assessments and appropriate physical examinations necessary to help protect their patients from these preventable complications. The eye may be the canary, but the heart, and brain are not far behind… 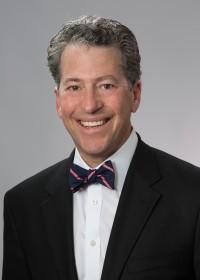 Drinking diet soda may increase the risk for proliferative diabetic retinopathy — a severe type of diabetic eye disease that can lead to blindness.

Vision Health is Detrimental to the Aging Population's Wellbeing

The aging population's eye health can be a determinant in their overall wellbeing. A healthy eye is a happy eye!

Being able to determine how someone’s health is when that someone is far away requires knowing what to measure, how to measure it, and how to get that information where it needs to go.

In 2013, a group of prominent historians were surveyed and asked to compile a list of the greatest breakthroughs of all time....

Women face a higher risk of blindness than men.